Today I’m pleased to welcome Canadian mystery author, Judy Penz Sheluk, to my blog. Although I haven’t read her books (yet!), I’m a fan of any novel with characters fighting to preserve a small town’s historic district from big box stores. I think Judy and I are on the same wavelength! Here’s more about Judy…

Judy Penz Sheluk’s debut mystery novel, The Hanged Man’s Noose: A Glass Dolphin Mystery (Barking Rain Press), was published in July 2015. Skeletons in the Attic (Imajin Books), the first book in her Marketville Mystery Series, was published in August 2016. Her short crime fiction appears in several anthologies and collections. Judy is a member of Sisters in Crime, Crime Writers of Canada, International Thriller Writers and the Short Mystery Fiction Society. Find out more at her website/blog, www.judypenzsheluk.com, where she interviews other authors and blogs about the writing life. 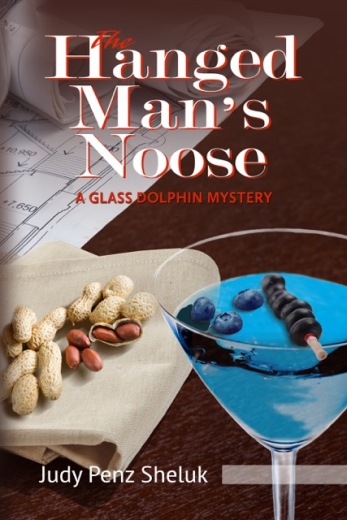 Back Cover Blurb From The Hanged Man’s Noose:

Journalist Emily Garland lands a plum assignment as the editor of a niche magazine based in Lount’s Landing, a small town named after a colorful 19th century Canadian traitor. As she interviews the local business owners for the magazine, Emily quickly learns that many people are unhappy with real estate mogul Garrett Stonehaven’s plans to convert an old schoolhouse into a mega-box store. At the top of that list is Arabella Carpenter, the outspoken owner of an antiques shop, who will do just about anything to preserve the integrity of the town’s historic Main Street.

But Arabella is not alone in her opposition. Before long, a vocal dissenter at a town hall meeting about the proposed project dies. A few days later, another body is discovered, and although both deaths are ruled accidental, Emily’s journalistic suspicions are aroused.

Putting her reporting skills to the ultimate test, Emily teams up with Arabella to discover the truth behind Stonehaven’s latest scheme before the murderer strikes again.

View all of Judy’s books on Amazon.

Thanks for joining me today, Judy! When did you first know that you wanted to become a writer?

I’ve always wanted to write. As a kid, I wrote stories in my head, on the way to school and back again. I thought all kids did that! In 2003, I left the corporate world to try life as a freelance writer. I’ve never looked back. In late 2011, after taking some courses in Creative Writing, I decided to start The Hanged Man’s Noose. It was an instant addiction.

If you could spend the day with any character from your novel, who would it be? Why?

I love Arabella Carpenter. She owns the Glass Dolphin, an antiques shop owner and the sidekick in The Hanged Man’s Noose, the first book in my Glass Dolphin Mystery series. She’s going to be the protagonist in the sequel, and she has a small role in Skeletons in the Attic, the first book in my Marketville series. Arabella is smart, feisty, loves shortbread, chardonnay, and cognac. She’s also loyal to her friends—even her ex-husband, Levon— wears her heart on her sleeve, and firmly believes that authenticity matters in people as well as the antiques she sells.

If your book was made into a movie, who do you envision playing the leading roles?

Jennifer Lawrence for the protagonist in Skeletons in the Attic, Callie Barnstable. Bradley Cooper for her next-door neighbor and possible love interest, Royce Ashford. Chris Noth in the role of Leith Hampton, lawyer.

What attracts you to writing in the mystery/thriller genre?

It’s what I read, and I’m an avid reader – about a book a week and at least 3 or 4 mystery anthologies or collections a year. I try to write what I’d like to read. People ask if it’s difficult to separate the books I read by other authors from my writing, but the reverse is true. A well-written or clever mystery inspires me to try harder. Reading is the best teacher.

How do you deal with rejections and/or negative reviews?

I won’t lie. Rejection hurts, but there isn’t a writer, alive or dead, who hasn’t experienced rejection. When I was shopping for a publisher/agent for The Hanged Man’s Noose, I wrote a heartfelt and honest blog about the experience titled The First Cut is the Deepest. It still gets a lot of hits, as does the series, My Publishing Journey. I’ve also blogged about Learning from Rejection.

Both Noose and Skeletons have primarily good ratings, with an average of 4.18 and 4.34 respectively on Goodreads. When I received my first 1-star review (after a string of 5-star reviews on Amazon) for Skeletons, I was crushed. I went to my fellow Sisters in Crime Guppy group and lamented. I was congratulated for finally making it “into the club.” Apparently readers are leery of a book that only has 5 star reviews. Then I went and looked at the reviews for Gone Girl, and sure enough, among the 5 stars there were a few 1 stars. I felt comforted by that: I should be as successful as Gillian Flynn!

Thank you for sharing your insights, Judy! I know many of us wish we could be as successful as Gillian Flynn. It’s been a pleasure learning more about you and your books.

Check back on February 5th for my next interview with environmental thriller author, Pamela Lazos! 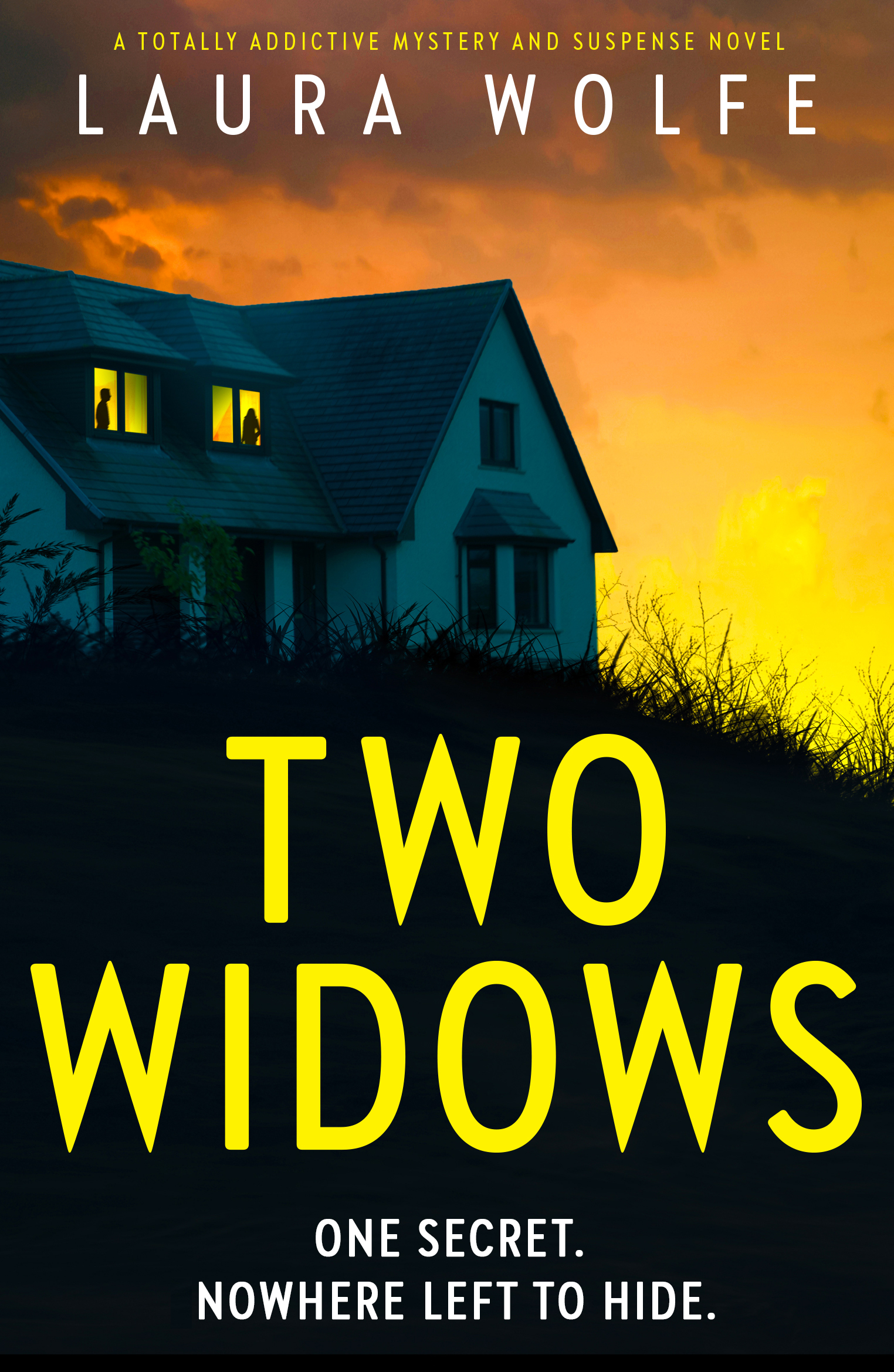 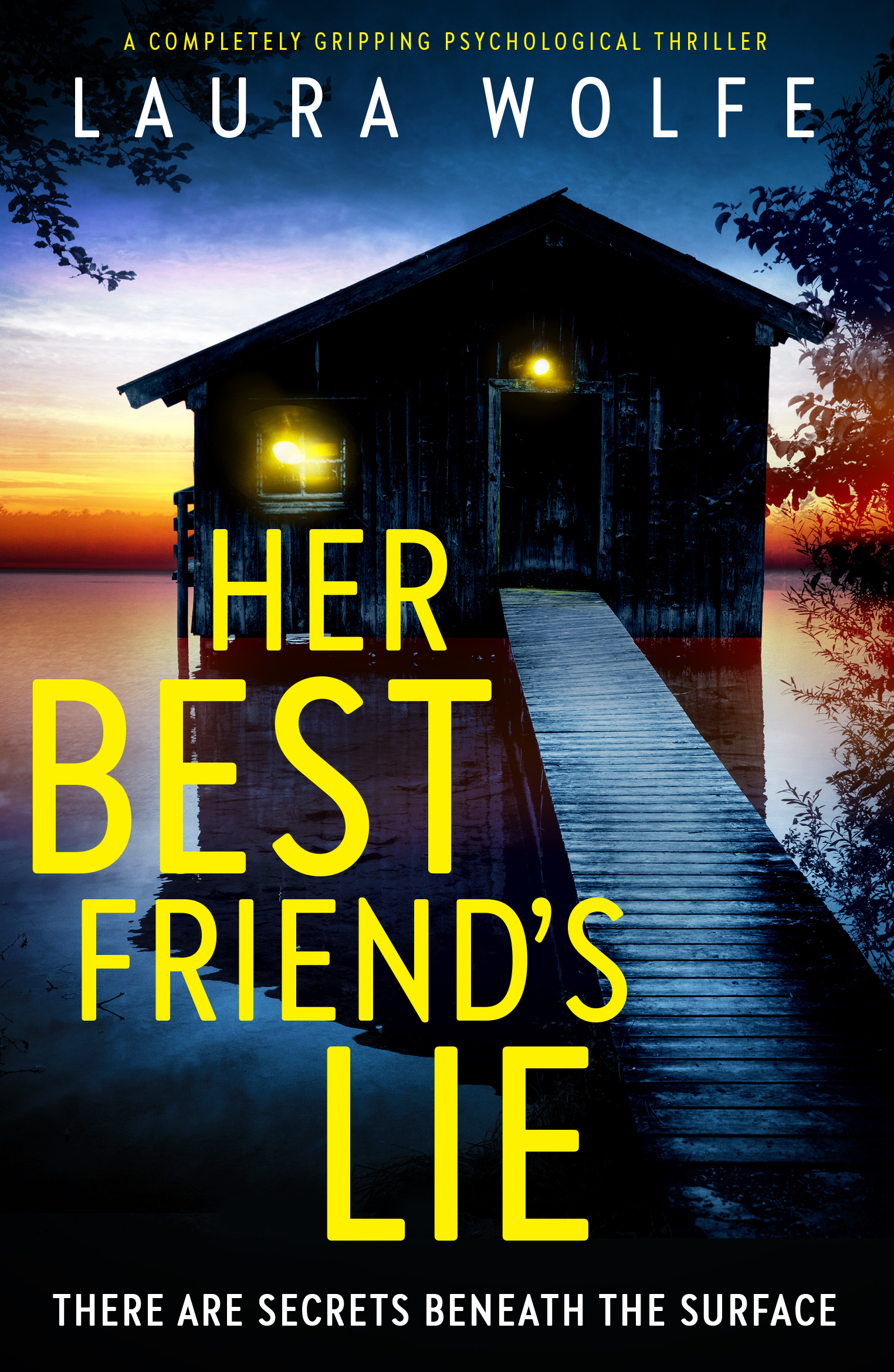